April 24 was the 60th day since Russia's military operation against Ukraine. In addition to the soaring price of energy and food, the war also had a great impact on the vegetable industry in many countries, including rising vegetable prices in some countries. We will bring you the impact of the Russian-Ukrainian conflict at the same time, will continue to introduce the recent price trend of vegetables such as onions and garlic in India.

Russia and Ukraine are important export destinations for Israeli vegetables. Due to the ongoing conflict, Israel's agricultural export to Russia and Ukraine were interrupted, and 50,000 tons of fresh vegetables including carrots, celery, and potatoes, were destroyed. ( Information Source: The Jerusalem Post, 4 April 2022. ) 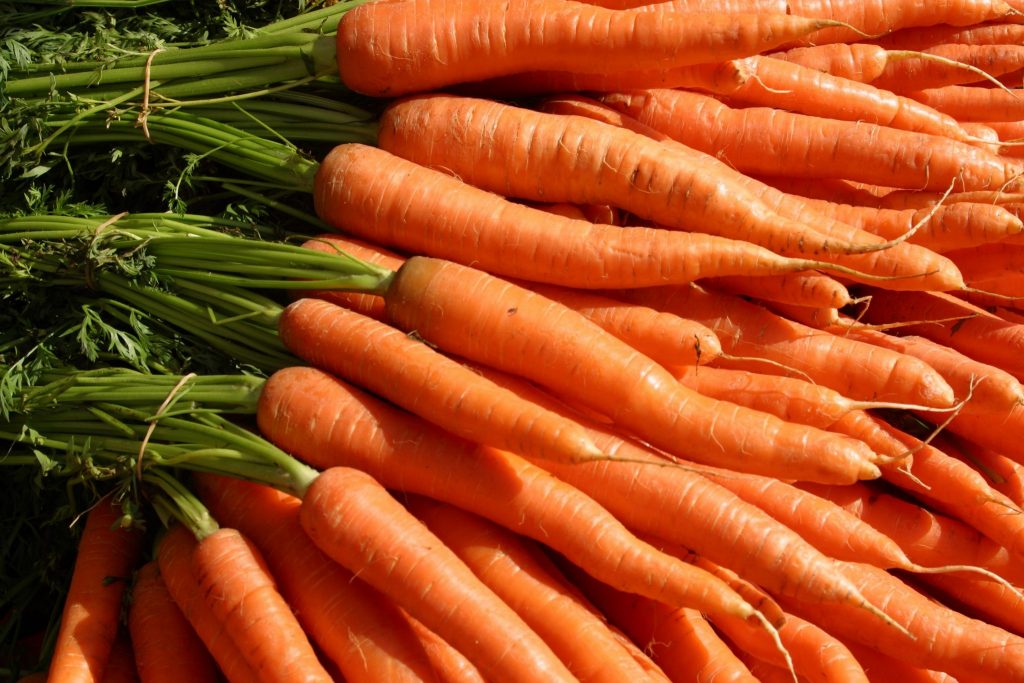 On April 13, New Zealand Statistics Ministry released data, showing that food prices rose by 7.6% in March compared with the same period last year. This is the largest increase since 2011. Among them, fruits and vegetables increased by 18% and the average prices of tomatoes, broccoli, lettuce and cabbage were significantly higher than those of the previous two years.

Minister of New Zealand Commerce and Consumer Affairs Ministry said that the rising food price were a global issue. Affected by Omicron, the disruption of global supply chains and the conflict between Russia and Ukraine, commodity prices in all countries are under rising pressure. ( Information Source: Timaru Herald, 14 April 2022. ) 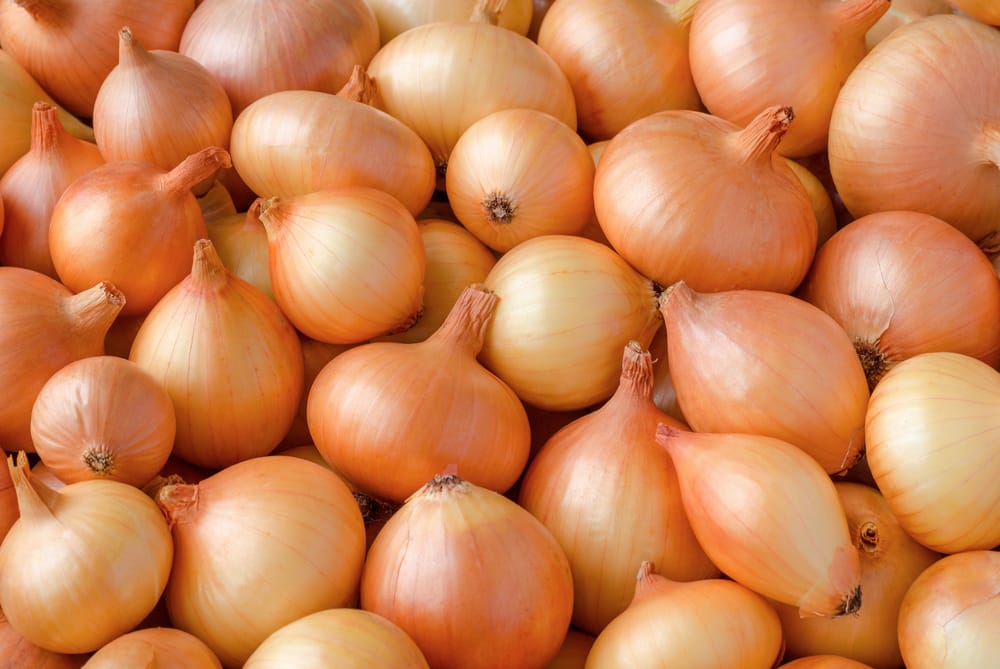 According to the data of Mexican Economy Ministry, up to the first week of April this year, the average wholesale price of 25 fruits and vegetables in Nuevo Leon of Mexico has increased by 46%. Among them, the onion is subject to largest increase by 275%. The current wholesale price of onion in Abasto central market is 18 pesos/kg (about 5.76 rmb/kg).

Wholesale prices for romaine lettuce, tomatoes and Serrano peppers also rose higher than the national average, with increases of 95%, 67% and 55% respectively. The Mexican Agricultural Ministry pointed out that since the conflict between Russia and Ukraine, the price of fertilizers in Mexico has risen by 35% on average, which has further increased the prices of fruits and vegetables. ( Information Source: CE NoticiasFinancieras, 6 April 2022. )

Ukrainian Agriculture Minister Mr Solsky called on the EU to provide Ukrainian farmers with seeds, veterinary medicines and funding. Solsky detailed the need for a variety of vegetable seeds, including kale, onions, carrots, tomatoes and cucumbers in the letter to the EU's agriculture commissioner. The estimated value of seeds required for spring planting in Ukraine is about 70 million Euros, including soybean seeds. ( Information Source: Irish Farmers Journal, 8 April 2022. ) 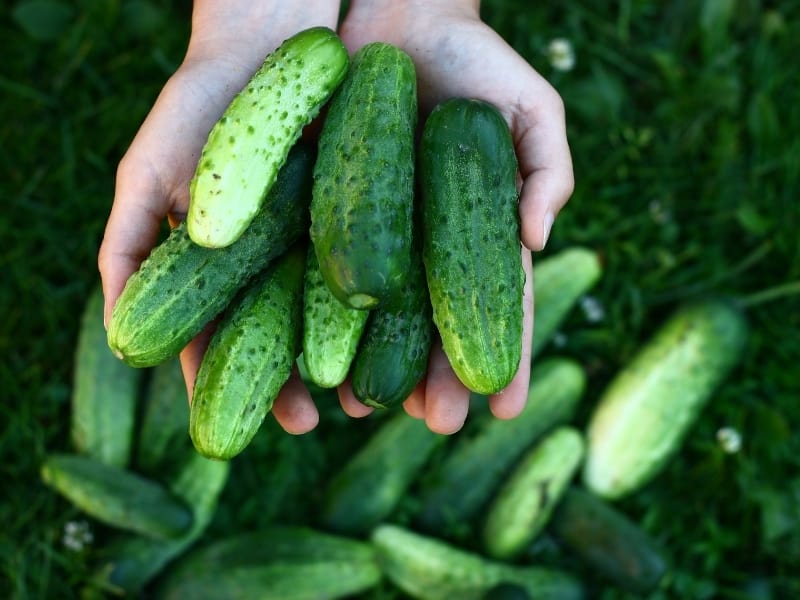 Market analysts said that the main reason for the rise in import prices was the sharp increase in global demand during the pandemic and the conflict between Russia and Ukraine. Besides the devaluation of the Korean currency were also the important reason. ( Information Source: The Korea Herald, 5 April 2022. )

From March 16 to April 15 in 2022, the average daily price trends of several vegetables in India are as follows:

Trends of the ginger average daily price in India Trends of the onion average daily price in India Trends of the garlic average daily price in India 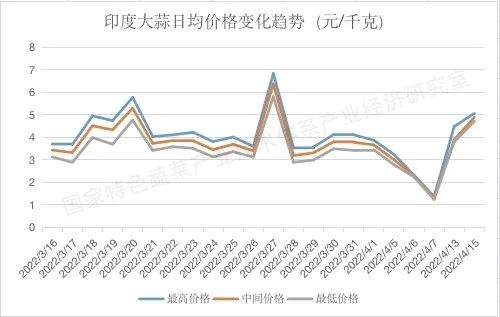 Trends of the taro average daily price in India The Lasalgaon market in India is the largest onion market in Asia. Over the past few years, this market has not protected the profit of onion growers, offering lower price than other markets. A large number of growers have turned to other markets to sell their agricultural products. The Maharashtra Onion Growers Organization accused the traders manipulated the market price and asked Lasalgaon market to set a minimum purchase price of 30 rupees/kg (about 2.49 rmb/kg). ( Information Source: Business Line Online, 12 April 2022. )

About 15%-25% of crops in India are lost, due to insect pests every year. With the increase of uncontrollable factors such as climate change, the threat of crop diseases and insect pests is becoming more and more serious. So crop protection has become the primary demand of the farmers.

Globally, more than 1175 kinds of chemicals are used in crop protection, while India has only 280. And the crop protection market is small compared to the North American and European markets. In the US, China and other countries, the input of crop protection chemicals is 13 kg/ha. While India is only 307 g/ha, and the annual loss of profits is huge due to weed and pest infestation. ( Information Source: Mordorintelligence.com, 15 April 2022 )